In the second appointment for this September which promises to be a month full of good advice, sostravel.com takes you to the discovery of Nuremberg, the city that represents the cultural heart of Bavaria.

Nuremberg is a German Franconian city composed of a large artistic heritage that has numerous Gothic churches and half-timbered houses; a city rich in history that began as a Nazi stronghold, whose racial laws of 1935 were subsequently enacted and in which Nazi crimes took place. An event that cost it bombing and the destruction of a good part of its artistic heritage which was then slowly rebuilt. Despite these sad and dark moments of its history, Nuremberg is known for the medieval and Gothic charm that distinguishes it.

Nuremberg is presented to the tourist as a small city that can be visited entirely on foot with numerous points of interest. The itinerary for visiting the city can start from the Imperial Castle of Nuremberg called Kaiserburg by the Germans, which overlooks the city and offers tourists a viewpoint from which it is possible to admire the historic city center. The view of this castle that takes tourists around the beautiful inner and outer courtyards, the Romanesque chapel and the halls where the emperor supported his audiences, gives a magical atmosphere and bears witness to the importance of Nuremberg during the Holy Roman Empire.

The visit can continue with a tour of the characteristic historical center of the city that extends for about 5 km and is surrounded by mighty walls that enclose the area called Altstadt, the oldest and most characteristic part of the entirely pedestrian city. Inside the historic center you can visit the church of St. Martha which was the location of the “Die Meistersinger von Nürnberg” and the Gothic church of St. Lorenz. Continuing the walk through the streets of the historic center of Nuremberg, we arrive at the main square, the Hauptmarkt which has been a meeting point since the Middle Ages. In this square every day there is a market where you can buy fresh local products and taste the local street food with foods like Currywurst typical German sausage topped with ketchup mixed with curry and paprika. The square also houses the Schöner Brunnen, a fountain in the shape of a pinnacle with the precious work of goldsmith characterized by statues of pagan and Christian heroes like Moses and the Prophets, the Fathers of the Church and the four Evangelists. Continuing the walk through the streets of the historic center, you can’t miss the Weißgerbergasse, a road that, thanks to the row of colorful houses with half-timbered walls, will make you feel part of a real postcard.

Fans of medieval history will also be able to spend time visiting the medieval underground prisons called Mitterlalterliche Lochgefängnisse in German. Here, you can visit 12 cells and the prison torture chamber, which in the past was used to apply medieval justice. Finally, you can relax with shopping along the city’s most lively shopping street, the Karolinenstraße. An area adjacent to the historic center that stretches for about 300 meters where you can find department stores, fashion shops, sports, restaurants and international brand stores.

Sostravel.com has chosen Nuremberg for you, a city of rebirth, between tradition and future but always a symbolic city for German culture. 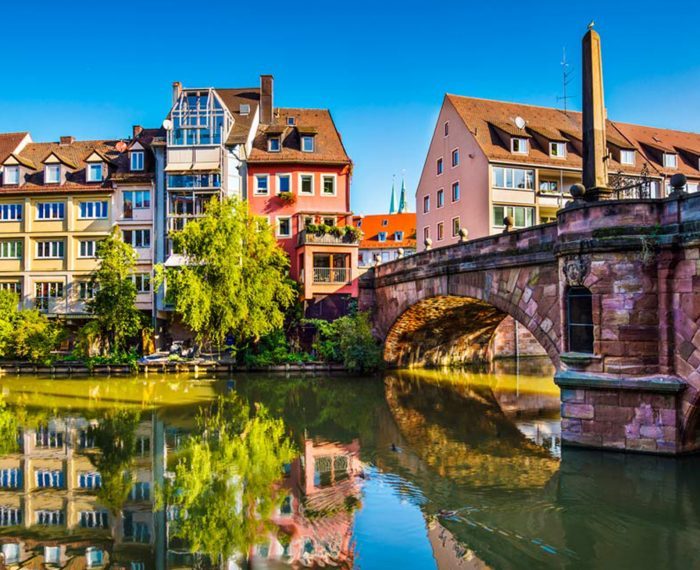