Edinburgh a city of history and literature

Sostravel.com continues its journey to discover the perfect destinations for a short or long weekend that will allow you to get away from your daily routine. The destination for this week is Edinburgh, the magical and gloomy Scottish city.

Edinburgh is a city characterized by an intriguing and gloomy atmosphere, divided into two parts: the Old Town and the New Town. The Old Town is the northern part of the city characterized by medieval palaces and Gothic architectural structures, recognized in 1995 as Cultural Heritage by UNESCO and cultural heart of the city. The itinerary of the visit of Edinburgh can start from the Royal Mile a road that divides the center into two and represents the beating heart of the city’s tourism. From the name of this road it is already possible to understand its ties with the United Kingdom monarchy. In fact, at the two ends of this road, that is about a kilometer and a half long, are the two royal buildings: the Castle and the Official Residence of Queen Elizabeth the II.

Walking along the Royal Mile to the foot of the hill, you can reach the entrance to Edinburgh Castle, the most famous and oldest monument in the city that has one million visitors every year. The castle stands on a volcanic hill called Castle Hill and thanks to its position, in the course of its history it has never been taken by the enemy. During the visit of the Castle you can admire the Great Hall that was the scene of countless royal ceremonies, the various salons, the prisons and the chapel of Saint Margaret in which the jewels of the Scottish crown are kept: scepter, crown, sword and the historical “Stone of Destiny”. These jewels are moved to Holyrood House whenever the Queen is visiting the city, giving life to a real military parade that runs throughout the Royal Mile. We suggest you visit the Castle and stay there until 1 pm, when from the north side you can watch the “One O’Clock Gun”, a cannon shot that in the past allowed the inhabitants of Edinburgh to set their own watch and that today has become a real daily event to attend; you can finally finish the visit of the castle admiring the breathtaking view.

Once the visit of the castle is over, you can walk the whole Royal Mile and take advantage of the various points of interest that you encounter along the way, from the Scotch Whiskey Heritage Center with the 300-year history of the production of the famous liqueur discovering its processing secrets. Finally, you can visit the aforementioned Holyrood House, the official residence of Queen Elizabeth in Scotland which is located in a park that takes its name. A building that in the course of history has collected dark and unmentionable secrets belonging to the various sovereigns who inhabited it. In the visit of the palace you will be able to admire personal effects of Queen Mary Stuart and the various apartments that are now used by Queen Elisabeth the II and by the members of the Royal Family for ceremonies and official receptions. Next to Holyrood House is the modern building that houses the new Scottish Parliament built after a 300-year void.

After visiting the Old Town you can visit the New Town, the new part of the city that includes the Scottish National Galleries where you can admire important collections of artists such as Tiziano, Monet, Gauguin and others, and the Royal Scottish Academy, a contemporary art gallery housed in a large Art Nouveau building. You can also find the Scott Monument, a tower that stands on Princes Street dedicated to the Scottish script Sir Walter Scott. Edinburgh is a city that today is very tied to the world of ancient but also modern literature; for this reason, the itinerary of Harry Potter enthusiasts includes various locations that inspired writer J.K. Rowling in the writing of the saga, from the bar and the clubs that have seen the birth of famous novels, the Greyfriars cemetery where you can discover the origins of Lord Voldemort and other characters, up to the road that inspired the famous Diagon Alley the most beloved street for Harry Potter fans positioned right in the center of the Old Town.

Sostravel.com has chosen Edinburgh for you, a city with a gloomy and melancholic atmosphere and legends that see it as its protagonist that will fascinate you from the very first minute. 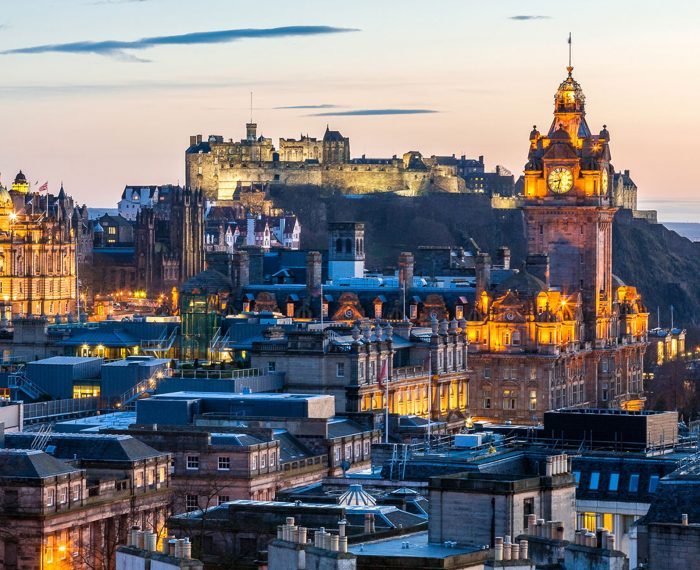 Edinburgh a city of history and literature