Discovering Stockholm, an environmentally sustainable city with a medieval heart

Sostravel.com ends its journey on the discovery of destinations suitable for short weekends and escaping from the daily routine, landing in Stockholm the capital of Sweden.

Stockholm is a city that extends over 14 islands immersed in a great variety of nature, extending from Lake Mälaren to the Baltic Sea; it is also a city made of seven nature reserves, a national park, the most important bridge in the Baltic Sea and is the financial heart of northern Europe.

The itinerary to visit Stockholm cannot but start from the historic center called Gamla Stan, the medieval heart of the city. Gamla Stan is one of the most well-kept historical centers in Europe, composed of narrow pebbled streets that contain beautiful baroque churches and numerous historic buildings. Among the many historic buildings there is the Royal Palace built originally as a castle, nowadays adapted as a royal residence. The re-adjustment was the work of architect Nicodemus Tessin known as the Younger, commissioned by King Charles XI who satisfied his desire to transform the old castle into a residence with a purely imperial appearance.

Another point of interest within this characteristic historical center is the Cathedral called Storkyrkan characterized by a stylistic mix of Baroque and Gothic with a predominance of the first. This Cathedral with its immense history is the oldest church in the city and the one from which conversion to the Lutheran doctrine started. Among the other historic buildings that can be admired within Gamla Stan is the Börshuset, the Stock Exchange building. All the buildings described so far have contributed to giving life to the history of Stockholm from 1252 to this day.

Stockholm is also a city with a very high quality of life, so much that it held the title of European Green Capital in 2010. Thanks to the green spaces in the city, the numerous cycling paths, taxis fueled with ecological fuels or biogas and the beaches with crystal clear waters of Lake Mälaren, Stockholm has adopted an eco-sustainable lifestyle. In this city, therefore, nature becomes the absolute protagonist. This is where the Royal National City Park was born, the world’s first urban national park. An oasis of peace and relax where you can walk freely through the woods and gardens or engage in the most popular activities such as kayaking, excursions and guided bike tours.

Among the other activities to add to your Stockholm city itinerary we can mention the visits to over 70 museums in the city belonging to different thematic areas; the most important is the area of ​​physics. Stockholm is in fact the cradle of numerous Nobel prizes for physics, chemistry, physiology and medicine. To discover all this, you can visit the Nobelmuseet where the portraits of each individual winner are kept. Another that deserves to be visited is the Skansen, an open-air museum that tells the whole mutation of social conditions in Sweden from the 16th century to the first half of the 20th. It therefore represents a testament of all that modernity has swept away, a miniature city representing the uses and customs of the entire Swedish population, enclosed in 150 rural dwellings furnished and equipped with only domestic utensils considered necessary at that time; an atmosphere characterized by only candles to transmit its minimal essence and let the tourist live a couple of hours far from the technology that now fully characterizes the life of all of us. Everything is surrounded by a zoological garden inhabited by moose, reindeer, wolves and other animal species belonging to Northern Europe.

If you want to get in touch with a more ecological style, which has become a real lifestyle, and get to know the history of the Swedish capital and of Sweden in general, sostravel.com invites you to visit Stockholm: a city rich in history, with a medieval heart looking to the future and towards innovation.

Stuttgart, a city surrounded by the green of Germany24 September 2019
Zodiac signs of fire: adrenaline, wellness and philosophy1 October 2019 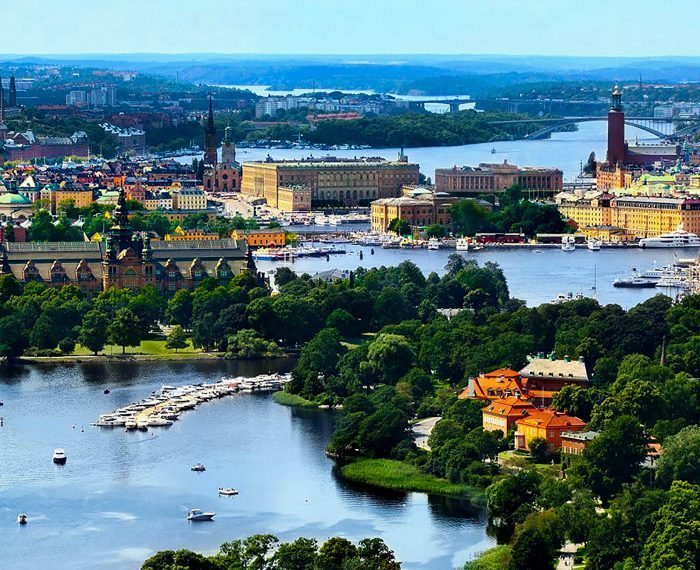 Discovering Stockholm, an environmentally sustainable city with a medieval heart