Trick or treat? For Halloween, the most “terrifying” event of the year, sostravel.com takes you around the world to discover some of the most beautiful and terrifying traditions. But before embarking on our journey let’s discover the origins of this holiday together!

Everyone will think that it was born in America, but the truth is quite different! Let’s dispel this American myth and give due credit to the country where Halloween was really born: an Ireland dominated by the Celts. Therefore, it was born in Europe and then exported to the United States by immigrants that, following a terrible famine, headed for the new lands. According to the Celtic calendar this day marks the beginning of the new year, more precisely called Samhain. After having revealed these first two curiosities let’s continue with the origin of the name. Have you ever wondered where the term Halloween comes from? Let’s find out together! The word Halloween can be traced back to the contrived form of “All Hallows’ Eve” where Hallow means Saint and Eve indicates the evening of the event, for this reason it is celebrated on October 31st, the eve of the All Saints Day.

But why did New Year’s Eve fall on October 31st for the Celts? The answer can be traced back to the rhythms of life adopted by this population of shepherds and the breeding of cattle that had its own separate cycle from the life on the fields. For this reason, their new year began on November 1st, the day the warm season ended and darkness and cold began, when animals had to be brought back to the valley to prepare for the new climate. So why bring the main theme back to death? For the Celts the beginning of the winter season led to a change in nature, everything was silent again. They therefore believed that, on the eve of each new year, Samhain called for the spirits of the dead who were exhumed and began to wander the Earth undisturbed, silencing the nature that was alive during the warm season. So how can we not mention Ireland as the first destination to spend this terrifying evening? You can take the opportunity to participate in the Macnas Parade in Dublin, a parade of masks and lights, music and fireworks that animate the city center during the night of October 31st. But what are the other main destinations where you can go and admire the most beautiful traditions linked to this holiday? Let’s find out together!

We begin our journey from Salem in the State of Massachusetts, USA. The legends say that in distant 1692 in this city numerous trials and intimidating acts followed one another against those who were accused of practicing witchcraft. Arm yourself with courage and relive the history of this city from areas haunted by witches and a visit to the Witch House Museum, where you can relive the events of 1692 and discover the secrets of magic and witchcraft. Visiting Salem on this day will allow you to spend a thrilling night between the parades and parties that animate the entire night.

We now fly to Transylvania and more precisely to Sighisoara, the birthplace of the fearsome Count Dracula, the scariest and most famous vampire in history. In this city every year, during this night the “killing of the living dead” takes place, an ancient ritual to bury the dead of this land. Do not leave without visiting the Castle of Count Dracula in the city of Bran. A stronghold that, overlooking rocky spurs and shrouded in darkness, contains a thousand years of history and legends.

After examining the frightening atmosphere that surrounds this festival, let’s move to the ironic interpretation provided by the Mexican people who naturally have a cheerful soul. Here “el Dia de los Muertos” is the day when the population dusts off their most colorful clothes and wears them to celebrate the dead. According to Mexican tradition, on this day the spirits of the dead return to their loved ones to spend some time together. The symbol of this festival is the Calavera skull made of sparkling colors.

Sostravel.com has selected these four traditions for you, among the many present in the world. Which one struck you the most? The sostravel.com journey ends here and our appointment for next month will see us on the discovery of new destinations and traditions from around the world. 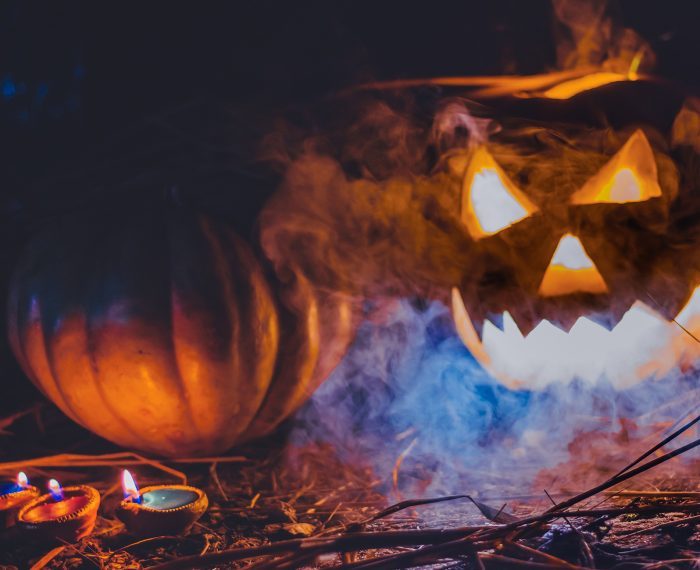